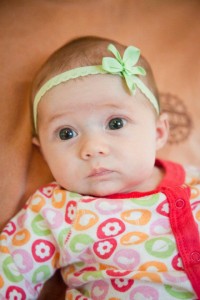 No one can accuse me of being behind the times.

Well, okay, they can, and they’d probably be right, but after so many decades I think I’ve earned the right to a little slack, so sue me.  (No, wait…)

Blogging has been around since cave men did things with cave women in caves, but I’ve always kind of thought it was a bit of a narcissistic endeavor, and besides, I’ve had way too many important things on my bucket list.  But as we age beyond the point of moldiness, we inevitably feel the urge to share our wisdom and experience with those who are less well endowed (and usually wish either they were deaf or we were mute).  I’ve also long thought of myself as a creative person, regardless of my medium.  It’s mostly come out in the computer games I’ve created for over 30 years (yes, I am that ancient, but please try to overlook it, okay?)  But I’ve enjoyed writing almost since I learned to read Dick and Jane. “See Dick.  See Dick run.  See Jane.  See Dick see Jane.  See Dick fall down.”  I can remember reading (and loving it) in the fourth grade (“The Boxcar Children”), the fifth grade (“Hardy Boys”), the sixth grade (“Tom Swift Jr”), but it was in the seventh grade when I started reading more adult level books, the Doc Savage books were being reprinted, Edgar Rice Burroughs Tarzan and John Carter of Mars books, and my first out-and-out science fiction novel, Daniel F. Galouye’s Simulacron Three about a man who realizes that he’s not real, that his world isn’t real, that it’s all a simulation running in a computer, and he manages to “upload” himself into the ‘real’ world, only to realize that it’s also a simulation, a story that still sticks in my mind 46 years later (it was a much cooler idea in the 1960s, when computers were large, remote, mysterious things).  I quickly moved on to the giants of science fiction, all the well-known writers (Heinlein, Asimov, Sturgeon, Tolkien, Lieber, Bradley, McCaffrey, Zelazney, etc).  It’s only been in the last decade that I’ve branched out much into other areas besides science fiction and fantasy, now that we’re actually living in the (sort of) future that we all dreamed about back then. But science fiction is still where my heart lives, even though the field has shrunk drastically and been almost completely subsumed by fantasy and by science fiction TV and movies, most of which is little better than the pulp science fiction stories written in the 1930s.  Why is it so difficult for screenwriters, directors and producers to achieve the quality of content that was reached in print 60-70 years ago?  Of course, I suppose the same could be asked of film and television in general, hmm?

But I drift.  I’ve probably read in excess of 4000-5000 books, and still own many of them.  They loom over me each day as I sit and work, two walls of six-foot tall bookcases crammed full, stacked on top, with seven-foot stacks of books piled up in front of them.  Old friends, difficult to part with.  And like so many avid readers, I always thought, “I could do this.  I could write stories like this.  How hard could it be?  You just dream all this great stuff and then write it down!”  But life rarely takes the freeway, straight and wide.  It likes to travel the back roads, the byways, the unexpected detours and dead-ends.  Life is what happens while you’re making other plans.  I’ve written many computer games (I currently have 31 of them available at www.kaser.com), and will continue to write more.  As long as we suck air in and push it out, we have to suck food in and … uh, push it out, too.  More and more often, I find my fingers and mind itching to type something other than for(i=0; i<MAX_LIMIT; i++), something with a little more ‘heft’ to it.

So, logically, a blog is a good beginning, a place to get into the rhythm of putting words together and then releasing them into the wild.  Soon, I intend to start work on a non-fiction book for my extended family, about the murder of my father’s oldest brother in 1955, and I may share some of that on this blog, we’ll see.  Mostly, I expect the entries here to be an eclectic collection of thoughts, opinions, compositions, diatribes and diuretic discourse.

I hope that you’ll join me from time to time and perhaps even discuss things once in a while.  That way I won’t have to do all the heavy lifting.  (And no, that’s not me in the picture above, I’m not that cute.  That’s our newest grandchild, Kinley.  Think of all the open possibilities that lie before her.  As life passes, our available choices seem to narrow down, from wide-open to tightly-constraining.  But, ’tis not entirely so.  At every point, our lives are ours to choose.  In every moment, choose wisely!  Whenever possible, choose consciously!