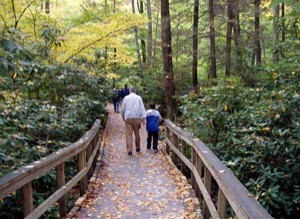 Some events are so statistically unlikely, so far-fetched, that we sometimes have to just shake our heads in amazement when they actually happen. The odds of winning the Powerball Lottery is only 1 in over 175 MILLION.  That’s a number that’s hard for us mere humans to REALLY comprehend.  If you worked 8 hours a day, 5 days a week, 52 weeks a year (ie, no vacations, no holidays), and earned $100 per hour (don’t we wish!), you would work 2,080 hours per year and earn $208,000 per year.  At that rate, you’d have to work 841 years to earn $175 million.  You’d better start when you’re very young, Methuselah.

175 million is MORE than HALF of the population of the United States today.  If you lined up that may people in a single line with each person taking up only 2 feet of space in the line, the line would be over 16,500 MILES long.  That’s 2/3 of the way around the earth’s equator!

And yet, on a regular basis, someone ‘beats’ those long odds.

I’ve been a genealogist (a “family historian” for you unwashed masses) since I was a teenager.  My father was the last of seven children, born when his mother was 42.  I was the last of four children.  I’ve researched my paternal line, which goes back to the Bern Canton of Switzerland around 1870 and stays there clear back to the 1590s (Kaser, or as it was before getting Americanized, Käser, was an occupational surname which meant cheese maker; maybe that’s why I have such a cheesy sense of humor).  It’s quite fascinating to see the long list of your ancestors and their children over the centuries, to see in each generation how many children were lost before reaching adulthood, to see how many times your direct ancestor was the last child in their generation.  It was not uncommon for 3 to 5 children dying young out of a family of 8 to 12.  We often take our mere existence for granted, so I found myself amazed at the simple fact that I was here.  What were the odds?

And yet, someone always has to be the last.

If my parents would’ve had one more child, then that child would have been the amazing final child, and all of the descendants of that child would have been the lucky ones, the ones who just BARELY clung to existence.  Or if I’d not been born, then my sister would have been the lucky one, and her descendents hanging on the bottom rung of the ladder.  But regardless of which position on the familial ladder we each cling to, it’s actually amazingly lucky that any of us are here.  If you take an average generation as 25 years, that’s 4 generations per century, 40 generations per millennium, 40,000 generations per million years, at least! The further back we go, the shorter and shorter the time it takes for the generations to reproduce.  We’re talking hundreds of millions of generations stretching back to our earliest ancestors at the beginning of life on this planet.

And in each generation, our ancestor survived and reproduced while many, many others died with no offspring.

We, as individuals, are so lucky to be here!

2 thoughts on “We Are So Lucky”